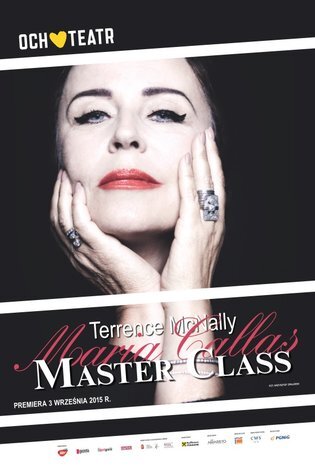 Chance Theater, Anaheim’s official resident theater company, is delighted to announce that people will undoubtedly be extending the sold-out run of Ragtime: The Musical. In line with the novel Ragtime by E. L. Doctorow, Ragtime: The Musical is compiled by Terrence McNally, and composed by Stephen Flaherty with lyrics by Lynn Ahrens. This production is directed by Casey Stangl, with choreography by Kelly Todd, and music direction by Robyn Manion. Ragtime: The Musical will now run for yet another fourteen days through August 11th over the Cripe Stage in the Bette Aitken theater arts Center. Famous historical characters and also a rich score propel Ragtime by way of a spectacular re-creation of turn-of-the-20th-century NY. Predicated on E.L. Doctorow’s acclaimed novel, this 13-time Tony-nominated musical paints a nostalgic and powerful portrait of three people – a stifled married woman from top of the classes, a determined Jewish immigrant, and also a daring young musician from Harlem – whose fates become unexpectedly intertwined. NOTE: Contains mature themes and strong language. “The play has very much resonance inside our world today,” said director Casey Stangl. The Executive Producers because of this production are Sophie & Larry Cripe and Rachelle Menaker & Eddie Schuller. Bette & Wylie Aitken will be the Season Producers and for the whole 2019 Season.

So it had been not unusual for tourists to come quickly to town for festivals also to trade their wares. In addition, it is possible these are Greek speaking Jewish individuals who have made pilgrimage with the Passover. “I really believe the reference to the “Greeks” this is actually the inclusion of the final segment of mankind represented within this chapter. In John 12, we find Jesus, Judas His betrayer, the 12 disciples, the intimate friends of our own Lord (including, however, not limited by Lazarus, Mary and Martha), those that originated from Galilee along with other places in Israel, those pilgrims who originated from afar to Jerusalem for Passover, the residents of Jerusalem and Judea, those from Jerusalem who witnessed the raising of Lazarus, those that opposed Jesus (chief priests, scribes, Pharisees), and today, finally, the Greeks. To get on what from the Pharisees in verse 19: “Look, depends upon has elope after him.” How right their words would end up being! What he could be saying here’s so it doesn’t matter if they are Greeks of Jewish heritage or pagan. It doesn’t matter why they wished to see Jesus it’s the fact that they actually.

At that moment the chance of God’s message for your people, shifts to all or any people. Within the Johnanine context Jesus comes with an awakening, it really is as though he sees all that’s before him and the higher message that’s for several people, for the planet should be proclaimed. Christ even continues on to attempt to explain what’s about to eventually him inside a poetic sense which is a note proclaimed for all… “very truly I let you know, unless a grain of wheat falls in to the earth and dies, it remains only a single grain; but if it dies, it bears much fruit” (John 12:24) What’s interesting for me personally relating to this saying is, we realize now, the seed is dormant and doesn’t die went it really is fed by fertile ground and watered, it germinates and rises being fruitful. I want to say this again a seed, a grain of wheat is dormant, not dead, which is awakened when fed and watered and nurtured.

Do we do things for others to obtain them in the entranceway?

This is exactly what it means to become Christian. We can not sit and become dormant and expect something ahead than it. Recently a church was telling me how they will have these wonderful festivals and folks from the complete neighborhood come. They will have days of service if they venture out and help their neighbors and meet them private. Yet no-one new involves church. So is that the idea? Do we do things for others to obtain them in the entranceway? I’m not saying getting people in the entranceway is really a bad thing. I really believe in church festivals and church picnics and services in the beach and coffee houses. However I cannot help wonder, by my very own analogy, is this just planting the seed? How are we feeding? How are we nurturing? I read a survey recently that has been discussing why people left Church… 1 / 3 said they believed these were too busy another third said that they had moved from their house church and simply weren’t motivated to visit another. The rest were just disenchanted with church they found it hateful, divisive or they perceived their pastor as judgmental or insincere or lacking good preaching abilities, and lastly surprising if you ask me, some just were never Christians in the first place. Less a seed is nurtured, fed and watered it cannot grow. It must be put into the bottom. Can anyone guess probably the most underestimated reason people go back to church? 41% say these were invited back. Just how many of you here first came due to a heartfelt invitation? You view it takes an invite to obtain someone here and … Don’t get me wrong and invite from anyone is good but if it originates from a pal or relative it holds more value. Now once someone will come in the door that’s where another stuff will come in. “Almost another of this formerly churched mentioned that when they were to come back to church, they might desire to be part of an area body where they are able to change lives.